Founded in 2006 by BMX freestyle legend Dave Mirra, Mirraco Bike Company sells all manner of BMX race and stunt bicycles worldwide in a wide range of prices. On a BMX bike you can be a kid no matter your age. Freestyle superstar Dave Mirra knows that better than anyone. He’s won gold medals every year of the X-Games, Disney’s extreme sport competition. Still going strong in his thirties, he started racing when he was 5. No wonder Mirraco Bike, the company he founded in 2006, says, “Start ‘em young” and sells a version of their competition-winning Black Pearl model in an 18” size for kids.

BMX means Bicycle Motorcross, and kids in California in the 1970s started the sport when they put knobby tires and motorcycle handlebars on their Sting Rays to imitate motorcycle dirt racers. Soon after, a group of San Diego teenagers involved with an early BMX magazine started performing outrageous bike tricks at a concrete skateboard park, and Freestyle was born. 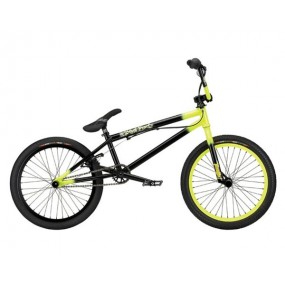